Farewell Steve, you touched my life in so many ways and inspired me. I’ve always appreciated your brutal approach to everything you do, because it was done with passion. You knew that the best things were never compromised. While all of your products weren’t for everyone, they generally hit a note with most. I used your products designed by Woz (can’t take all the credit) as I attended school in California in the 80s. I used to argue with my teachers about Apple Basic, yes, “?” is a correct shortcut for print, only fools type out the whole command. I learned to type on an AppleII. The original Macs wowed me. You also inspired my older brother John (RIP) who once was part of the home brew club, and was trying to design a computer of his own. Recently your business acumen was the most inspiring. See the rise of Apple from near death with you at the helm was astonishing. Not every product you made was a success, but like the best minds, you took your failures as lessons, and made sure your folks knew the level of failure, to not repeat it. Yes, sometimes you tried past failures again, like the Cube, that was so NeXT.

I even had my hands on a NeXT for some time. It was that machine that made me want to study computer science seriously. It was also the NeXT that brought us the first web browser with the amazing developer friendly development environment. Sun tried to one-up you with Java, but never came as close. That OS and environment lived on to be OSX when Apple begged you to come back after their own next gen OS failed. Those dev tools became XCode, and now they’re widely used. No you didn’t invent Objective-C, some nice chap named Dennis Cox did that and hardly got recognition, but at least I got to know him through the BBEdit user list since he was an avid Mac fan.

I will miss you greatly like a loss in my own family. I will not shed a tear though, I knew this was coming for a long time. I’d rather remember the best things you’ve done. I suppose if were an Apple employee getting their ass chewed out by you I might think differently.

END_OF_DOCUMENT_TOKEN_TO_BE_REPLACED

By Dennis Portello
What are the top 5 sites Zemoga’s Chief Nerd checks on frequently?
stackexchange.com This is my favorite goto network of Q&A sites for technical issues. The sites I use the most are stackoverflow.com and serverfault.com. The first is a general programming and development site, and the former is focused around servers, networking and infrastructure. I can usually find answers to my questions by searching the existing knowledge base. Often you can find a few solutions that are equally correct without posing the question yourself.
codinghorror.com Is the personal blog of Jeff Atwood, one of the founders of Stack Exchange. Jeff often ruminates on various positive and negative technology patterns in a entertaining way. As the name of the blog implies there are often some serious WTF type posts.
highscalability.com Cal Henderson, the author of “Building Scalable Web Sites” and engineer responsible for Flickr’s success, recommended this blog, and I’ve been hooked ever since. I’ve gleamed crucial knowledge from this blog that has helped me in some very tricky moments, scaling applications while servers are being pounded. It’s also helped me design applications to be scalable ahead of time as well.
hackaday.com Hardware hacking is one of personal hobbies, I often visit this site to see some of the amazing things people have done with microcontrollers, or how they’ve bent various other consumer electronics to their will.
fuckyeahdementia.com This site is my palette cleanser. If I need a few moments to reset my brain, this is the best source of absurd and amusing web minutia. Unless you haven’t been to the site in a while, there’s never enough to distract you for long.

When From Bogota With Love first started, the Z-team made a point of sharing their inspiration with you, be it books, websites or music that was pushing the innovation and creative process forward. We’d like to pick that up again.

For the next several weeks, my fellow Zemogians and I will be sharing our Top Five. The series starts with our Top Five Go-To Websites. 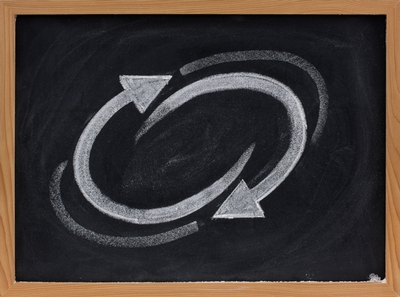 One of the differentiators of good interactive technology & development firms is process. Not smoke and mirror strategy mumbo-jumbo but the process through which innovative thinking is actually executed and delivered. It does not matter how great an idea is, or how good it looks, if it doesn’t work … it’s shite.

At Zemoga, we pride ourselves on being able to deliver on the promise that innovation often reveals to us. How do we do that? We make sure that we follow the best practices out there. We learn from mistakes others make, and our own. We constantly improve. Perfection is not a destination but a journey nobody ever really completes. Just ask Tiger.